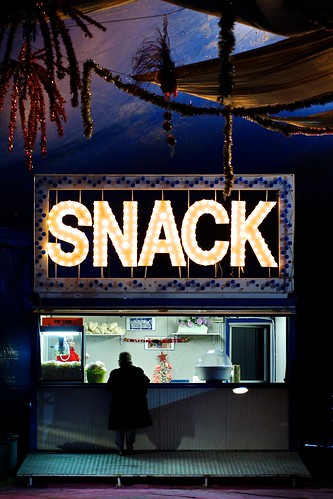 What a crazy day, today. So weird that it could have ended solely in a place like this, the food tent of the “Errani Circus”, at Capannelle, in Rome.
It all started when Mario Sgueglia, the actor friend of ours whose portrait I posted in this project a long time ago, called me to work on the photos from the set of his upcoming show: American Buffalo. If you don’t know it, American Buffalo is a drama piece written by David Mamet (twice nominated for an Oscar and winner of a Pulitzer), the guy who wrote the script of The Untouchables and The Postman Always Rings Twice. The whole play is set in a junk shop where the owner Don (played by Alessandro Procoli), his young gofer Bob (played by Gianluca Soli), and the misanthropic Teach (played by Mario Sgueglia) conspire on how to steal a coin collection from a wealthy man out of revenge for a bad business.
Now, instead of actually shooting parts of the play in its scenography, Mario and Gianluca Soli (directors/actors of the show) had the (crazy) idea to compose an imaginary photo album filled with “memories” of all the stories their characters talk about during the piece. Like a show within the show, this photographs will bring the audience into the visual memories of the characters, showing in all its grotesque sordidity the external world in which Don, Bob, and Teach live when they’re not closed in Bob’s junk shop conspiring a revenge which sounds more driven by their own meanness than anything else.
So, I wandered around the periphery of the city, scouting for places which could seem anonymous, white trash U.S.A. surroundings from the end of the seventies, and there I took pictures of them “playing their own memories”. We even added a few extra characters, people which are mentioned frequently in the play but never actually appear, like Teach’s ex-girlfriend. The day ended up being very productive and a lot of fun.
There’s a sad side of the story, however. While I was shooting this fellows playing to be a bunch of poor, uncultured, and creepy Americans from the seventies, I was surrounded by actual poor, uncultured, and I must-say-most-of-the-times creepy Italians/Moroccans/Albanians/Russians/etc. from 2012: the bowling we went in had toilets locked to prevent people to sell (or use) heroin in there, the Burger King we had lunch in was filled with the ugliest generation of teenagers I’ve ever seen, the Casino we played slots in was inhabited by guys who looked on the verge of sleeping under a bridge, and the hippodrome wasn’t such a nice show too. Fact is, after almost forty years since premiered, American Buffalo still tells the story of the human decay that proliferates in every urban periphery of the western world.