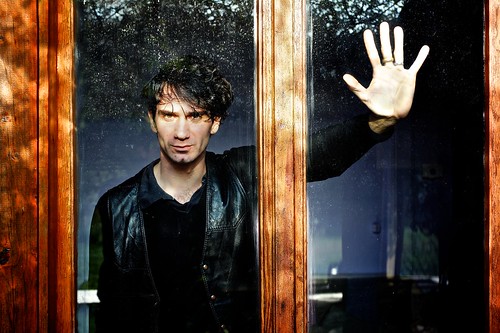 Apparently this is the week-end of final execution of longly tentatively planned activities. Yesterday we went to see Steve McCurry at MACRO, today I had a photo-shoot with Mario Sgueglia, an amazing Roman Actor. Mario and I are friends in life and, as it usually happens, working with friends is more difficult than working with strangers. This is the first time we actually spent some proper time shooting portraits for his actor portfolio.
Mario asked me to get his “real” part, which I know for being his friend and not a complete stranger and which I happend to be able to get in several random shots at parties in the past. It obviously doesn’t work so easily and it turned out we needed quite some time in order to break the ice. But then we relaxed, I started “seeing” the shots and he left his personality to come to surface. We’ve got a couple of hours of nice shooting, which I performed solely with the A900 (a full frame DSLR) and a 100mm f2.8.
Note for myself: I should seriously start saving dymes for the Zeiss 135mm f1.8!
At the end of the photo-shoot I grabbed the NEX-7 with the 35mm and I asked Mario for one last shot, the one for the project. Here it is. It was just one shot (the battery was dead, stupid me!) but it came after hours of photographing, so it worked pretty well.