I am interested in the inner power of photography to suspend a cut of reality, not just stills of space and time, but also, literally, suspension of the physical and societal rules that define Reality. By living in this suspended limbo of opportunities, due to the lack of rules, photographs seem to be able to choose whether to stay still forever or suddenly evolve into a new dimension. They are innerly metaphysical and potentially psychedelic. With the series Momentary Suspended, I try to capture cuts of space and time in which this feeling of suspension, the pivot of the whole poetic, trespasses the photography itself to suddenly hit the human subjects portrayed. Every second of human life is, in fact, equally suspended in an unstable equilibrium between profound transformation (unexpected news, a dreadful event, a sudden faint) and psychedelia (hallucination, paranoia, craziness). Apparently still, these photographs show a quiet world constantly on the verge of collapse. The nocturnal scenarios remind me of the Notturni (Italian word for nocturnals), those quiet, expressive, lyrical and moody compositions inspired by the night 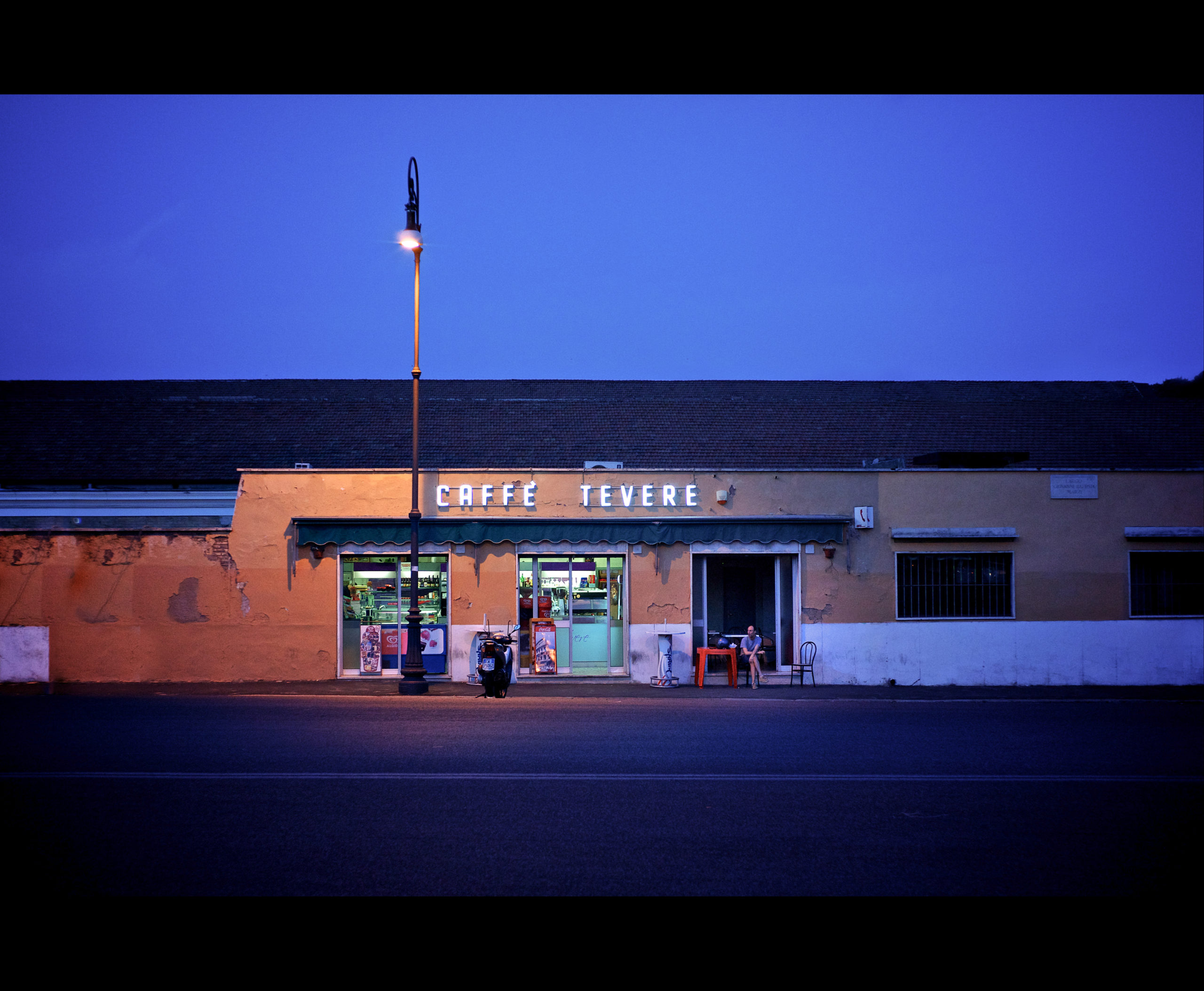