Anthropocene means “human era”, referring to the geological era that will be denoted primarily by remains from human civilization. The project is a dream-like attempt to look at that age through the eyes of human-like visitors. The environments, which I created from photos I shot between underground spaces, medieval alleys and courtyards, parks and forests between Rome, Milan, Venice, Palermo, and Amsterdam, are crafted to tell the story of the last few centuries of the human race. In this “dream”, humans lived their final hudreds of years in underground spaces, de-evolving into a sort of medieval society, until they simply became extinct.  I imagined the “visitors” as human-like, composed uniquely by women, all sharing similar, androgenic characters, wearing only an helmet, and appear to be on Earth on some sort of mission. 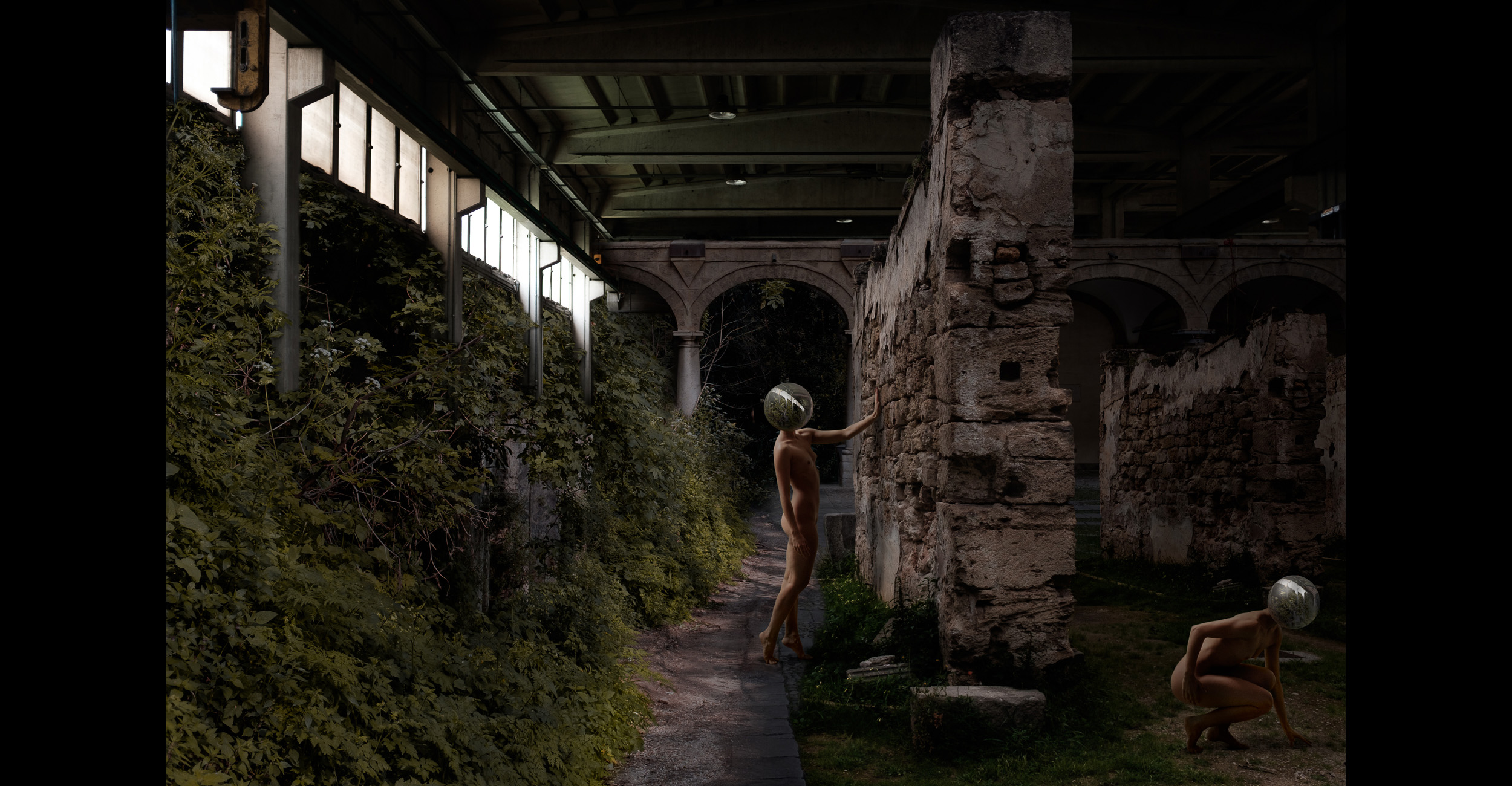