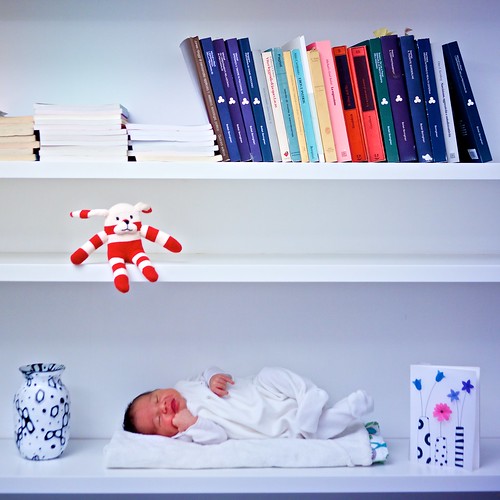 She’s Virginia. She’s the second daughter of Francesca and Dario. Their first daughter, Valentina, is almost three years old now. They are family to us. And they live in the Netherlands. We don’t see them very often since we left Leiden in 2008. The same month we left the North for good, Francesca and Dario conceived Valentina. Those years in Leiden, living in the same little and cosy street, Willemstraat, ended at the same time for all of us and for the most different reasons. We go back to visit them at least once at year, but everything has changed. We became families.
Regardless the distance, we always see each other for the important moments, as the birth of our children. They came to Rome to give birth, as the salmons swim upstream to their birthplace to lay their eggs. So we could meet Virginia as we met Valentina, just after she was born. When Claudia gave birth to Agata, they flew to Rome to pay us a visit. So they met Agata a few days after she was born. This is the beauty of friendship, that it eventually turns into family. If we just weren’t all scattered around the globe…
Anyway, my daily pic couldn’t be dedicated to anyone else than Virginia, which is now smaller than most of the furniture and ornaments, and totally unaware of anything else than hunger and sleepiness, but is already surrounded by lots lo love.