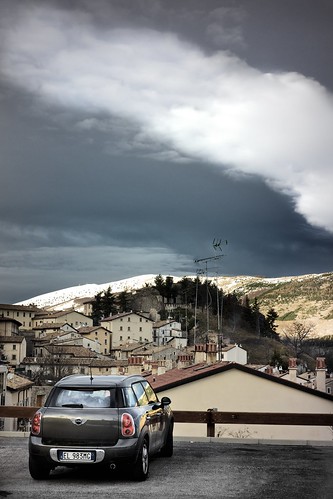 The tricky part about being at Pescocostanzo is leaving. Sometimes literally, like when we got stuck here due to a snow storm, others emotionally, like today, when we were supposed to drive back to Rome but we somehow all started to waste time till it was too late to go behind the wheel and so decided to leave tomorrow. Problem is, we have like two meetings and a photo-shoot in agenda for the next two days, so we really have to leave, and early in the morning. No more games, no more wasting-time tricks, we already set the alarms, and tomorrow morning we’ll wake up at seven AM, have a (couple of) coffee(s), pack the family and get all in the car. I already feel the weird kind of sickness I get when I know I don’t want to go back to my life.
But I guess this is life, something to cope with between holidays. Well, sometimes it’s also some awesome events that make you feel special. But most of the times is just shit you have to cope with if you want the option to go on holidays sometimes in the future.
OK, I should have said it at the beginning of this post: this isn’t my car, I own a Ford Fusion (European model, much different than the U.S.A. ones) in a really bad shape. I wish I could take a shot like this with my car, but trust me all of my cars always looked terrible, I’m all but a good car owner. That said, I liked the view of this (nice) car which seems to have stopped for a rest during its long ride across the mountains, peaking at the old medieval town, and dreaming of settling down here, relaxing a bit, but innerly knowing that its engine pumps for excitement and that it’s body isn’t shaped for the small alleys of such towns, but for the large highways and busy streets of the city.
Yeah, I’m being cheesy, and this photo is a bit cheesy too, that’s another effect of Pescocostanzo and town life. Tomorrow I’m going to leave, return to the urban mess of the Italian capital, and get all my cynicism back, OK?