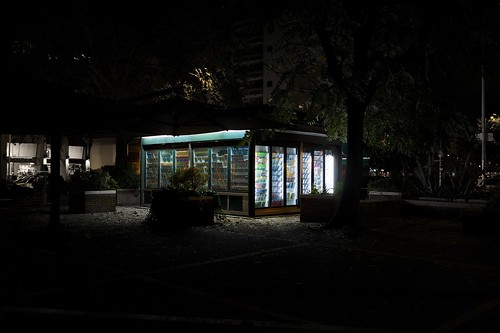 Everybody says the publishing industry is dying. I don’t know about it, but surely reporters are all but living in a golden age, at least the ones I happen to know. Anyway, the publishing industry is told to be dying, which means that all the magazines, the big and the little, are suffering, according to many even going to disappear quite soon. And yet, kiosks seem to be as shiny and colourful as they used to be. How?
Well, I don’t know how it is out of Italy, but here kiosks have been selling more and more different goods in the last few years. When I was a kid I would go to a kiosk to buy comics, newspapers, magazines, and stickers. Now people go there for books, movies, music, toys, dolls, maps, phone recharges, paytv cards, and many other things. The bottom line is: kiosks are becoming the modern bazaars. Shiny and colourful boxes filled with things for all the tastes. Should magazines and newspapers really disappear, I’ll have a hard time explaining Agata what kiosks where for when I was her age…