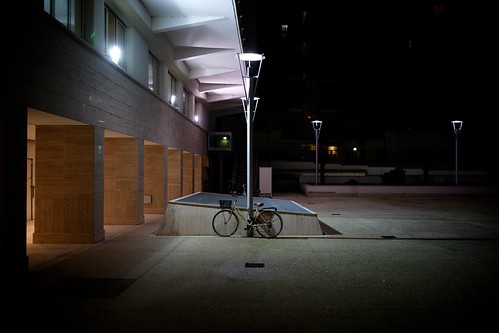 Courtyards were the heart of the old housing scheme, especially when coming to housing projects. For some (welcome) reason the construction industry in Rome has recently started making them again, and so it is the case with the apartment building we live in. Being a communal space “owned” not by the city council but by the inhabitants of the apartments opening over it, the courtyard reflects very much the unity, organisation, and soul of the inhabitants themselves. And being the apartment building rather new (it’s construction was completed only a few months ago), our courtyard still has to find its soul because we still have to understand what kind of community we are.
As it is now, the courtyard is a huge and empty space, sporadically used by some to park the bike or have the dog taking a run. With its undefined role and sporadic use which only emphasise its emptiness, the courtyard reflects the difficulty of a newly born community to embrace its unity and power. The lack of community produces emptiness, loneliness and darkness. It produces the urban void.