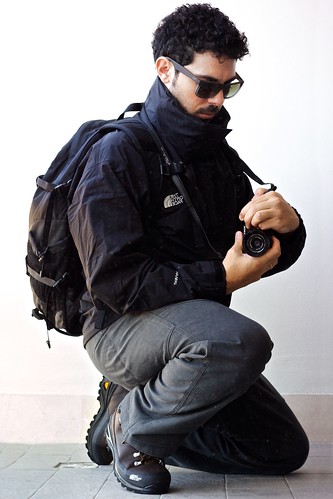 I bought a camera.

I started a blog.

I got a call from Sony.

I went to Alaska to use the new NEX-6 for a photo reportage and take part in the making of the promotional video for the launch of the camera.

How did all of this happen? Was it all just a huge pile of luck? Well, in part yes. I’m perfectly aware that the net is full of amazing photographers, way better than me, who just dream for an occasion like this for their entire life. Like me, they post their photos on Flickr, they have blogs, plus they are better photographers and yet I got the call. I won’t feel ashamed for this, but I know that luck played a role in this whole story. It always does, anyway, in each and every story.

However, it wasn’t all about luck. And even if it played a big role, I had it somehow planned. This post is the story behind the story, the strategy beneath the decision that I took, on the 31st of January, on a sleepless night, to buy myself a NEX-7 for my 33rd birthday, start a 365 project with it, and create the 365(+1) Days of NEX-7 blog.

First of all, I really wanted to start a project. My daughter was almost four months old, and Claudia and I were finally coming out from the dark times of the firstborn arrival. I wanted to start a project to impose myself some consistency in my photography production. Even if photography was the second most important thing in my life (first one obviously being my family), it yet was (and still is) my second job. I did photography it in my free-time, that is, early in the morning, late in the night, every weekend, during holidays. With the advent of my daughter Agata, I had to re-schedule more than a bit my lifestyle, and photography was slowly leaking out of it. A 365 project was what I needed, it would have imposed consistency and organization, it would have made photography a part of my daily life schedule again.

Secondly, I also wanted to get noticed. And I knew that, with the little time I could put into the project, I didn’t stand a chance in a major game full of professional full-time photographers. I had to find a niche, occupy it, and from there play “my game”. This is when the idea of the NEX-7 came along. I am a flickr fanatic. I do all my searches about cameras and lenses by checking out the pictures taken by other photographers. For every camera I own, I know who are the best photographers using them in the flickerverse. Most of the times, their pictures are the reason why I bought my equipment. I was checking for pictures taken with the NEX-7 when I realized that, due to the mess with cameras production Sony just incurred in, there were very few NEX-7 around and very few good photographs taken with them. This was making the NEX-7 a camera more discussed than actually used, an expensive, little, sexy and powerful camera which got very high scores on every photo-gear website, a camera every photographer was eager to know what it was capable of. I realized that was a niche I could fit into. I found a NEX-7 on the German Amazon, had it shipped, and by the 10th of February I was the happy owner of one of the most hunted and exclusive cameras around.

Two days later I turned 33 and I officially started the 365 project. With it, I opened the 365(+1) Days of NEX-7 blog. Why the blog? I mean, if the plan was to get high rankings in the searches about NEX-7 on flickr (and it was), why did I also need a blog? The answer is very simple, to create a story which could help people familiarize with me, my life, and my photography, strengthening a bound between us and creating a sort of brand loyalty. Also, the blog was there for those who liked using google rather than Flickr.

So, how did all this work in getting me called by Sony, sent to Alaska and featured in their promotional video for the launch of the new NEX-6? This is where luck meets planning.

Once upon a time there was a commercial film director, who shot many videos for Sony, among which the one for the launch of the NEX-7. He loved the NEX-7 a lot and wanted to buy one, but due to the mess with Sony cameras production, it was very hard to get it, and he ended up spending a lot of time checking the latest news about it on internet. And on Flickr as well. There, he found this photographer from Rome he happened to like a lot. The photographer also had a blog, a sort of personal journal, on which he was posting daily a new pic taken with the NEX-7. He started following the blog, he kept liking the photos and started liking the person behind them too. Eventually he called Sony, I don’t know what he told them exactly, but it must have been something like “hey guys, check this blog out, I want the guy shooting photographs in the next NEX commercial”. Sony must have checked me out and thought I could be of some use 🙂

The bottom line of the whole story is pretty simple. The net does work as a showcase, it can really give you some serious visibility even if you are just a part-time photographer without a strong network of contacts keeping you high in flickr and google rankings, but it works better if you occupy a niche. My advise would be: find a place other major photographers aren’t already exploiting and play your best game from there. If you provide a good product, chances are good you’ll get noticed by everyone who’s interested in that niche.

The director who found me turned out to be also an awesome guy, we chat regularly even now that the Alaska project is over, he keeps following my blog, and I’ll never stop thanking him for the fantastic adventure he called  me in and the great opportunity he gave me with the job. Thank you Matt!