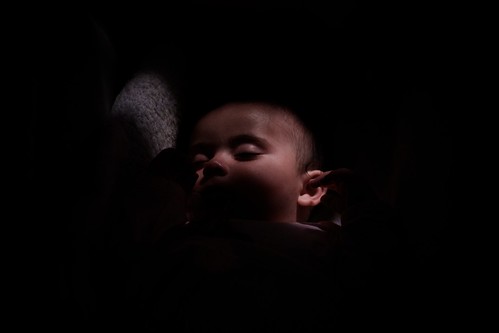 When we went to London for the wedding, we left Agata with Claudia’s parents. She lived without us for five days. We obviously missed her a lot, after more than six months in which she has been the gravitational center of our life, it’s difficult to re-adapt to a life of independence.
When we collected her yesterday, we noticed three things. First, she grew so much she wasn’t the same baby we left a few days before. There’s this thing about babies, they grow so quickly that when see you them even after a short time you’re not entirely sure they’re the same person. I mean, you literally have to look for resemblances. It’s freaky.
Second, she intentionally ignored us for like two hours. She was like all smiles and laughs for everyone in the world except for us. She would avoid eye contact with me and Claudia. Was she pissed that we left her? I couldn’t tell, but sure enough the thing added it’s substantial load to our parent’s guilty feel.
But after a couple of hours everything got back to normality. Then it’s when we noticed thing number three. That she’s less of an infant and more of a toddler. She’s running towards her human form at unspeakable speed. Today, for example, she learned to do “Ciao Ciao”, that is, to open and close her hand at people to say hello. And she’s so proud everytime she does it…