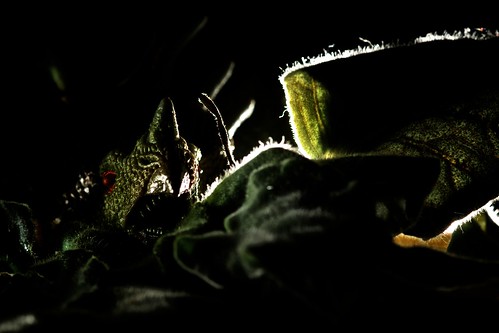 When I was a little boy I was all about dinosaurs. I guess most of the little boys in the first half of the eighties were just the same. I still remember when my parents brought me to the American Museum of Natural History, which hosted some huge dinosaur skeletons, one of which of the great T-Rex! It’s the solely memory of the time we lived in New York. I was four years old.
No, wait, I have other two memories from that time. One is that my father was daily driving by the Twin Towers on his way to work, and that each and every time he’d tell me that those were the legs of Mazinger, the cartoon robot I used to watch at the time. The other one is that a few days after the visit to the museum, we returned there and my mother bought me some models of the dinosaurs’ skeletons. I loved them.
When I learned how to read, my father bought me a book about dinosaurs. It was great, because it was all about evolution, this epic thing which took the squishy and useless animals our world was populated with in its early days, and transformed them into majestic, grandiose, unrivaled, reptile monsters which rocked for millions of years. There was the one able to kill with the rocky head, the one equipped with a spiky tail, the one like a tank with a horn, the flying one!, and then there was the best, the most gigantic, massive, ferocious, bloody, bossy, beastie killer ever: the T-Rex!
Then the book would show how many possible explanations there were about why those huge monsters happened to disappear all together, and how this disappearance left space to the mammals, mostly rats, to evolve into all the current animals. Things got much less epic since then, and I obviously felt a bit disappointed that nature couldn’t keep at least a handful of dinosaurs alive in some little island somewhere. But I also appreciated the event as good timing. Can you imagine the first human beings trying to build the first cultures, if they had to cope daily with some Godzilla monsters?