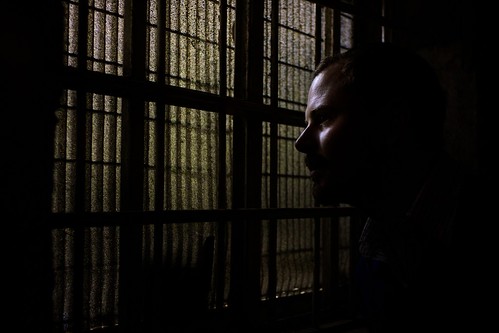 My friend Filippo, who currently lives in Congo where he works for UNICEF, appeared in Rome a few days ago. He’s like a brother to me. We were used to spend so much time together, he was my mate at video-games, capoeira, snowboard, percussions… he was my wing man when I first dated Claudia, and a few years later he was the best man at our wedding. Immediately after that, however, our life paths diverged drastically.
In 2006, a few days after Claudia and I came back from our honeymoon in Australia, we moved to the Netherlands. A few months later, Filippo got his first job opportunity, and it was in Congo. So, you can imagine how often we saw each other, it was and still is more or less twice a year, for three to four days each time. Luckily there’s internet, skype, and facebook to keep us close together.
Today it’s Filippo’s birthday and tomorrow he’ll return to Congo. So, today we had a majestic dinner to celebrate, it was a birthday party and a farewell party all together. We went to this little restaurant in the neighborhood Ponte Milvio, a well known area for its many bars and clubs. The restaurant is called “Quinto Quarto”, it’s specialized on traditional Roman cuisine, and it serves the best pasta carbonara I ever had in my entire life. So, if you ever happen to be in Rome and want to have a good Roman dinner, I strongly suggest you to go there, you can have a drink in the area and then have dinner at Quinto Quarto, just remember to order carbonara. And if you like white wine, ask for a bottle of Villa Manti. You won’t be disappointed.