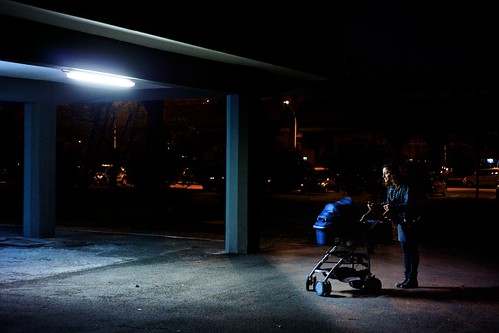 First of all, if any of you readers is a group admin at Flickr or any other social, please take note: do not ban members without trying a mediation beforehand or at least giving some explanation of the action. It happened to me yesterday and made me pissed all day long. There is no reason to forget manners just because you are behind a monitor. And if you don’t know any manners at all, please stay away from socials, they are so called because they are part of people social life, and without manners you are just a pig. Banning someone from an artsy group is worse than anything else: I felt (badly) judged in all the possible ways, like my work was crap, my behavior was crap, my whole person was not worth even a simple explanation.
Luckily the other group’s admin is a nice person and talked me out of my pissed state.
That said, I had a pretty intense Saturday, which kept me busy and so limited my rage. I had to review a scientific paper in the morning, then we had a baby photo-shoot in the afternoon at which I successfully tested a new set-up I had thought about, then we went out for a meeting with a bride which optioned us for her wedding, and finally we had friends at dinner, which I cooked. This shot was taken on the way to the supermarket, after the meeting and before the dinner. As I said many times, our current neighborhood is some kind of giant photo studio, there are plenty of options (especially at night). Probably it is due to the fact that houses and shops are not straight on the streets, so it’s not all cramped with cars and motorbikes as everywhere else in the city. I know I’m gonna miss the thing when we’ll move to the next house in a couple of months.
For the record, at dinner we had: crostini with zucchini-flowers and anchovies, tonnarelli (a kind of think egg-made spaghetti) with zucchini and saffron, and barbecue-flavored chicken wings. We drank some white Collio, red Morellino, and we closed dinner with Champagne. And at night we even got my expat friend living in U.S.A. at Skype, so we were all together. That cheered my up quite a bit.