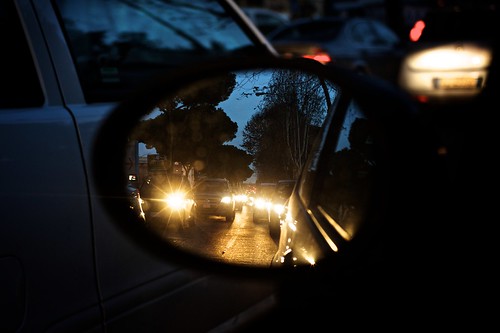 I’m stuck in traffic on the way home. I’m stuck in traffic because of (another) strike in the public transportation. This city is a mess. The lots and lots of cars crossing its roads daily make the traffic situation barely sustainable, so anytime something bad happens it doesn’t get worse, it just gets impossible. And this is Rome, the capital of the country, where most of the governmental institutions are established, which means that as Roman citizens we are the lucky target of:

Plus, we “embed” the Vatican country, so we also get:

1) the Pope that goes around the city;
2) official visits of foreigner heads of state (to the Vatican country);
3) pilgrimages;
4) major religious celebrations and events;

Finally, the city hosts two football teams both in first league (Serie A), so we get:

So, basically, there’s always something happening, and the traffic is impossible almost everyday.
This city is a mess.