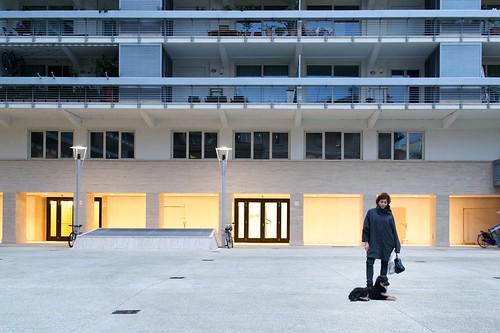 Ombra is Claudia’s first puppy dog. Claudia and I are together since 2003, and live together since 2004, and when we moved in together my old dog Lucy moved in with us. So, even if Lucy was always “my dog”, Claudia lived with it, and, for all that matters, owned a dog for almost nine years. So she isn’t afraid of or unacknowledged about dogs. But she kind of is about puppies. Fact is, when Lucy moved in with us she was a balanced and good mannered six years old dog. Of course Claudia taught her some extra rules, since she kind of loves extra rules, but the big part had already been done.
So, when we started talking about getting a new dog (which happened basically just before finding and getting Ombra, but that story has yet to be told), Claudia was fine with living with a dog, but afraid about having an unmannered puppy. I had to convince her I knew what had to be done, since I already had two puppies in my life which turned out to be good dogs. Somehow I convinced her, and now Ombra is with us.
But the truth is, the last time I educated a puppy was fifteen years ago and I barely remember anything about that time, plus I’m sure I heavily depended on my mother, who also had a lot of dogs when she was young, on how to educate Lucy. So, basically I lied. All I did know is that it wasn’t so hard to live through the youth of a dog, since my family did that several times, but I didn’t exactly know how to do it.