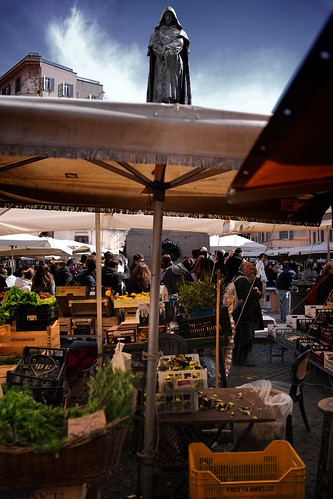 The current common opinion is that Pope Benedictus XVI resigned due to the scandals that where devouring the Catholic church, feeling that a gesture of wide renovation was necessary or otherwise the Church risked to fade out from people’s lives and, eventually, history itself.
And the gestures arrived: the Conclave elected after a very long time someone not from Europe, and for the first time in history a missionary; the elected Pope, Jorge Mario Bergoglio, chose for the first time in history the name Francesco, after Saint Francesco d’Assisi, THE symbol of all good values professed by the Christian religion; Pope Francesco presented himself to the crowd in Piazza San Pietro (and to the whole world watching him on TV or on the internet) as the Bishop of Rome (which he technically is) and not as the Pope, underlining his proposition to serve the Church not as a king but as a pastor; he also asked the people to pray for him, instead of blessing them, emphasizing the importance of humility in the Christian faith.
The main, unanswered question is if these gestures will eventually be followed by decisive acts able to restore the Christian faith (and the faith in the Catholic church) which has been so drastically fading in the last years. It is obviously too early to look for an answer, especially because nobody really knows what should the Church do to regain at least part of the lost influence in people’s lives.
The fact is, our is most probably a “secular age”: while in the past it was almost impossible not to believe in God, now believing is just one of the options, and in most cases not the easiest one to take. I feel that in Rome we have what is almost a monument to Secularization, which is the statue of Giordano Bruno at Piazza Campo de’ Fiori (in the same spot where the philosopher was burned to death for heresy in February 1600). The statue has been modeled and placed there in 1889 even against the will of the Vatican, after a strong international campaign (Ernst Renan, Victor Hugo, Herbert Spencer and Silvio Spaventa where among the promoters) and a few (violently repressed) student demonstrations. The statue now looks towards the Vatican, with a clear admonishment expression. And what it represents is, ironically, a way worst menace to the Catholic church today than it was four hundreds years ago.