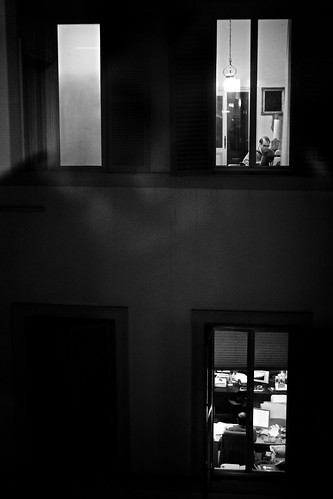 Accountants are the priests of the contemporary society. With a labyrinthine system of financial laws and rules which our governments keeps modifying, splitting, merging, canceling, and adding on daily basis, it is phisically impossible to be “pure”. Hence, at least once a month, you have to go to the accountant and start speaking out all the sins, the errors, the mistakes, and a lot of other things, just to be on the safe side. At the end of the confession, the accountant tells you how many invoices or declarations you have to sign in amendment. So, accountants as priests, and invoices as prayers. Fact is, you can behave as well as you want, but the system will eventually change the rules turning you into a sinner, so you’ll have to go back to the accountant and get your amendments. The sin has to be in the system, ineradicably: that’s the basis on which every religion is founded.
That said, this evening we had our turn of prayers. We OBVIOUSLY declared everything about 2012, and yet things are not easy. Apparently, in a globalized world whit capillary internet services, there aren’t straightforward ways to declare how you had printed your books in The Netherlands by a U.S.A. company, how you bought your equipment from Amazon.it/.de/.co.uk/.etc, or how you paid to be advertised in Ireland, Britain, or U.S.A. What is sick, is that while it’s very difficult to justify your expenses, there are always thousands of perfectly shaped rules when it comes to declaring your income. It may appear chaotic, but the architects of the Labyrinth are perfectly aware of what they are doing. You get lost, you sin, you have to pay twice. As simple as that. The basis of any good old fashioned religion in all its splendor and perfection.
In the last century, large areas of every city where adapted to give space for the new faith. Instead of churches we have offices, and yet they are in the old, majestic neighborhoods where the good churches are. Slowly, one flat after the other, entire streets were emptied of their inhabitants, replaced by troops of white collars. They do their jobs, which actually serve us from not going to hell (in our present life), so I’m absolutely not against them. But I still find it creepy when I look out at window of my accountant just to see how most of the beautiful and centrally placed apartment building has been converted into accountant/law firm offices. These are our new churches, monasteries, and cathedrals. And we should praise hem, cause the path to hell is very short and slippery.