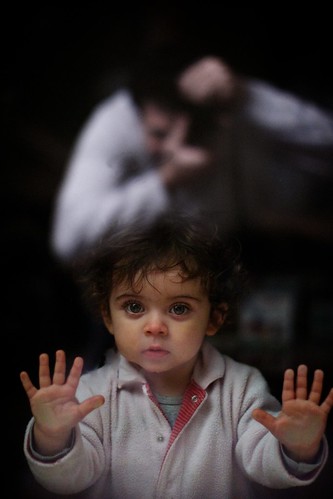 Sunday, lazy Sunday…
Today we celebrated the “Ramirez’ Christmas”. For some weird reason all of Claudia’s family members were born between November and December, so every year, the first Sunday of December, they celebrate the birthdays all together. Claudia’s father, mother, sister, and brother, plus an aunt and her nephew. It’s a sort of Christmas and it happens just twenty days before Christmas. However, unlike Christmas, I don’t get any present.
This morning we went to the big Feltrinelli bookstore close to our flat and we started looking for the presents. We decided that, no matter what, we would have not left until we had found a gift for every legitimate participant to the Ramirez’ Christmas. And since we are “the photographers” in the family, we decided to buy solely photography books. These two rules narrowed down a lot the gift options, which in return helped a lot in fastening the operation.
Among the several books we bought, there’s one I personally chose: “The Photographer’s Eye”, by Michael Freeman. I got it for Claudia’s little brother, because I know he likes photography but never took any class or had a chance to study it properly. Among all the photography books I read, this is by far the one who had the strongest effect on the way I shoot, because it gave the tools to understand and evaluate composition.
As with any respectable Christmas, we ate as idiots, we drank even more, and we laid down on the couch and sofas staring at the kids under sugar-rush chasing each other and screaming as hell. It was early evening when we eventually left and drove back home. Agata fell immediately asleep, which seemed really sweet until she got up again at eight and stayed hyperactive until midnight.
My initial plan to wait until she would go to sleep and then study a bit of studio portraying failed miserably, and I found myself at 11.00PM figuring what to shoot for the project. We were in the living room with the lights off, trying to calm down Agata with soft music and cuddles, while outside it was pouring rain. I suddenly had the inspiration, I stepped on the terrace and called Agata from there. She ran at the window and stared at me for a couple of seconds, as to figure out why was I getting soaked in the night. Then she started pressing her face to the window and sending me kisses from there.