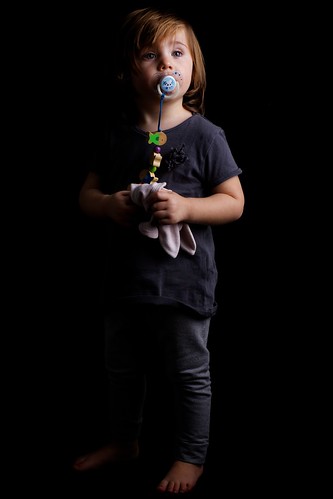 For the first time since we installed everything, the new studio equipment has been officially used for a photo-shoot today. A couple of friends asked us for a few family portraits and we scheduled the shooting to happen Saturday afternoon. So we ate all together, the kids playing around, and then I walked down the stairs and I set up the background and the lights.
All the practice I’ve been doing with studio lights and portraying payed back very well. I was very quick and effecting in choosing, placing, and setting the lights depending on how many subjects I had in the frame. Family portraits, however, are very different than close-up portraits of “models”, mostly because kids are unpredictable particles which tend to scatter around fast and suddenly. So, there’s no point in using complex geometrical light schemes, since the subjects won’t keep their positions. It’s better to create light effects which basically work whatever is happening in the frame. Done that, my work is to keep my eye on the viewfinder and try to capture the right moments.
Among all the shots, I chose this one for the project because of its feeling of suspension. I used a single strobe at 45° on the right, equipped with the 120x80cm softbox, grid on. I really love how this set-up produces a soft and natural light which quickly fades into the black of the background. The parents won’t probably take it because of the pacifier, parents usually hate pacifiers in their babies’ photographs. I love it, instead, it’s real and big part of the story.