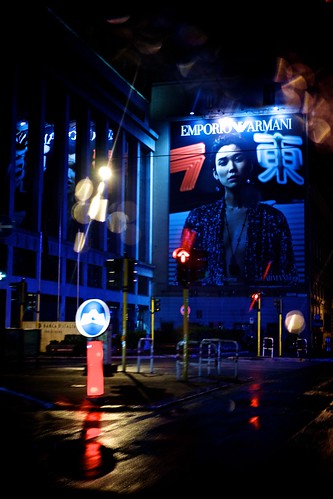 I feel the city looks at me with different eyes since a couple of weeks. I’m trying to dare to return the look. I may have to resolve my life, in a way or another, since, as a good friend of mine recently told me, I may be getting into “the funnel”.
Fact is, the client I’m constantly writing here about just accepted the invoice for the first shooting, so I’m officially on the run. Other fact is, this job could open a world of opportunities, but only if I nail it hard. And to do that, I’ve to study. That’s why all of a sudden I had to set on the new fancy studio and start shooting fashion-like portraits. It has gone well, so far, but in the near future I’ll have to provide super high quality/creative fashion shots, so the more I keep studying the more chances I have to succeed.
Then there’s the exhibition(s) which should happen in February, on which I’ll have to start working already from this week. It won’t be too demanding at first, but I can already envision how messy things will get around mid January at the latest.
And, coming to my office work, I’ve already told you how three/four of the research projects I’m on are going to get into the experimental phase between December and February. Each of these projects would normally require me to work ten hours a day, week-ends included. But I have three or four of them to follow. This means I should address them as part-time jobs of a part-time job. I can’t really see how I’m going to do that.
So, in short words this is “the funnel” I’m getting into. A funnel which demands urgent actions to be gone through smoothly. Otherwise, mess is waiting for me, a big one. I always hoped that this day would arrive because of a super well paid assignment, but instead it seems to be coming because of the super effort required to keep going on my photographic path.
I feel life looks at me with different eyes, will I dare to return the look?