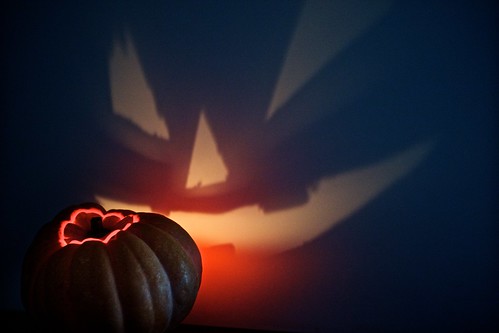 I grew up in a Rome that never knew what Halloween was. I mean, we knew from movies that there was a time of the year in which Americans would dress like monsters, zombies, ghosts, etc., and wander around the houses asking for candies. First of all we don’t have those kind of houses, Rome is all about apartment buildings. So it’s not really like you can knock at someone’s door. To do that you have first to get the gate of the building opened. Then you should take the elevator and, floor after floor, ring at people’s doors. That never made much sense to me.
Secondly, we already have the time of the year in which we get all dressed up. It is at Carnival, which happens between February and March, depending on the moon phase. It’s an ancient Roman festivity, something we do since forever. It is supposed to be the time of the year in which, disguised, you can do all the jokes you want to the people you feel like. In the ancient Rome, at Carnival slaves could take the piss out of their owners, and that would be fine.
Anyway, this Halloween thing started growing in our city since ten years, more or less. At first it started as a way to have parties with twenty-something sexy-devil girls (the main meaning of Halloween we get from American movies, folks), but recently it evolved in the whole trick-or-treat thing. Which, as said, in Rome isn’t easy at all. So you have mothers bringing around zombie kids, trying to have someone opening the gate of the apartment building and then, eventually, their own door. You have to remember that we never did that, so you get old couples which aren’t really answering the call with the proper “how cuuuuute are you? here, take some candies!”, but rather with a “WTF? It isn’t carnival yet! And anyway, why in the name of Lord would you dress with such a revolting mask? Someone should call the Social Services!”.
Some daily notes: I’m still sick, I had to cancel a dinner we planned since one month, and my sister showed up this evening with the pumpkin you see in the shot. I think it was the first time I saw one for real…