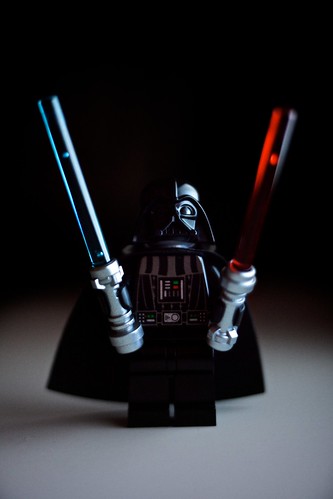 He was the real hero. We all knew that. He’s the one who took the responsibility to embrace his dark side when the Empire needed a charismatic commander to fight back the terrorists which were mining the basis of the system, he worked hard and really made the best out of it. He could have been the greatest Jedi of all times, but he abandoned his ambitions to serve his country. And then, he had the courage and integrity to destroy everything he ever created just to support a son which basically embodied all he ever fought against. Because a father’s greatest task is to give up on his dreams to make his sons’ ones happen.
At least this is the picture of Darth Vader I got from the Trilogy (the first one which then became the second one). I didn’t watch the second (which then became the first) shitty one, so I’m not really updated on the first years of Anakin as a Jedi student. But, basically, I don’t care, since the three new episodes never existed, to me, so the information they carry don’t too.
About the Lego character, it’s not mine unfortunately. We had a meeting at Julia’s Studio 28. She’s renewing the whole business image of a Roman event planner and asked us to work on her portraits. We had a long brainstorming on which kind of shots, locations, outfits would have worked better. I love when my shootings have this kind of pre-planning, because then everybody is aligned on the intended outcome and the results are then more easily stunning.
Well, one of Julia’s co-workers is a big Star Wars fan and happens to own the Millennium Flacon model with all the minifigures of Han Solo, Luke Skywalker, Chewbacca, Ben Kenoby, Princess Leia Ogana, and, obviously, the great Darth Vader. The thing is a blast, it opens and shows all the internal environments, the cannons rotate, and the missiles flick!