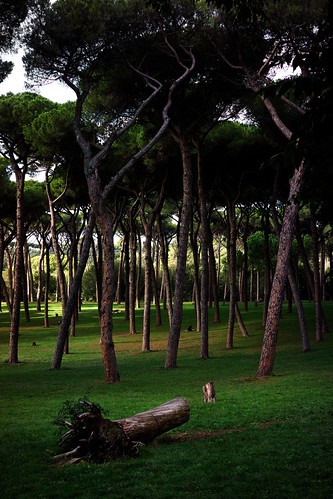 Never underestimate the domino effect of a major strike in the public transportation sector. Since I move around almost solely with my car, except for the times I use the tram to reach Trastevere , I don’t pay attention to strike announcements ever. They don’t seem to affect me.
Today it was different. Both my co-workers are bound to public transportation, hence both yesterday communicated to me that they would work from home. I didn’t expect it, so I had to change my agenda, allocating the whole day to the tasks I could take care of personally. But then, the nanny called. She’s also bound to public transportation. And the strike was so big that nothing, not trains, not busses, not trams, not metros, nothing was running, and nothing would have for quite a long time.
Do you know what happens if the nanny doesn’t come? It’s simple, you become the nanny! Both my and Claudia’s parents are abroad these days, so we really didn’t have any other option than drastically changing both our agendas. Well, I have to admit that it wasn’t so painful as I could have described it… I actually enjoyed putting a (mental) red cross on all my deadlines and move on to being a full-time father for a day.
We decided to spend the morning at the park. I finally understand why my father wanted to get out every time he wanted (or had to) spend some time with me and my sister. The fact is, as long as I stay home I keep on working. And without someone taking care of her, Agata gets anxious. I have around ten minutes of autonomy at working while she plays under my legs. After that time, I better find something better to do with her. Then, getting out makes everything easier. She get’s interested in what is around so I don’t have to find a new game to play every five minutes, and I can enjoy a walk in a beautiful and quiet park.
We went to Villa Doria Pamphili, one of the big parks in Rome. As most of them, the park was originally the mansion of an aristocratic family. It’s huge, one hundred and eighty hectares of pinewoods, hills, lawns, and fantastic viewpoints. The walk was lovely, Agata and Lucy were both happy and exhausted at the end, and Claudia and I managed to scout for some good locations for future portrait sessions.