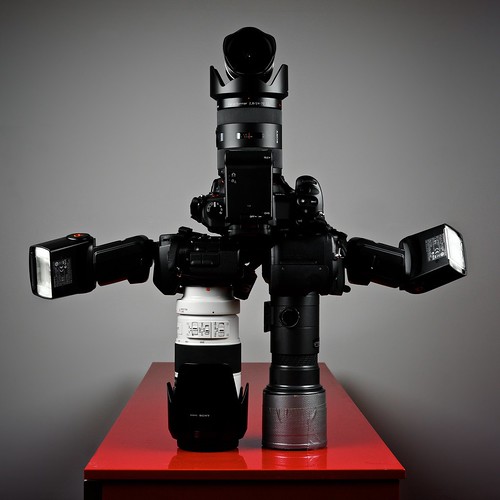 As the vast majority of my generation, when I was a kid I was all about modular robots. That is, a bunch of almost useless and and embarrassingly inferior war machines that would have had their asses kicked hard and the planet Earth quickly occupied by the aliens if they were not actually designed for gathering together and assembling a giant humanoid robot thousands of times stronger, better looking, and always more advanced than any alien technology.
I never understood why someone even went into the hassle of creating the various little depressing robots instead of directly going for the big and good one. I think they had some sort of perversion for modularity, or they really wanted to teach to their soldier that if they do not fight together they’re doomed. But hey, if you have only one weapon strong enough to kick hordes of angry aliens back to their dying planets, why would you mix it with military lessons? I mean, what would happen if one of the soldiers was simply too much of an asshole to cope with the collaboration thing and would decide to go on himself anyway? He would quickly dye and the human population would be short to go.
Who knows, maybe these thoughts were the reasons why, several years later, I applied for the school of engineering. After ten years of studies (five at the University of Biomedical Engineering, two at the European Space Agency, and then three of PhD at the Biomedical Robotics department) I finally solved the puzzle: it makes absolutely no sense at all. I was right when I was eight. I didn’t actually have to go through all those years of books and very little fun. I made the same mistake I wanted to uncover: I went for the very long and unnecessarily difficult path.
Was it completely useless? Well, I’ll leave the final verdict to you, in the meantime I wish to introduce you to my version of a modular robot, ladies and gentlemen, please welcome the SonyAlphaBot!
For the camera-porn addicted: Bodies: a700, a850, a900. Flashes: two hvl-f42am and one hvl-f20am; Lenses: Sigma apo 400mm f5.6, Sony G 70-200 f2.8, Carl Zeiss 24-70 f2-8; The head of the robot is the only e-mount lens, a sony 16mm f2.8 with the fisheye adapter on.