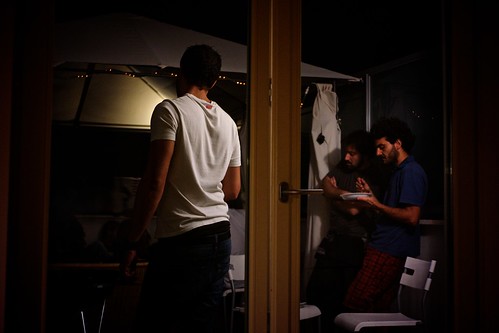 In my opinion, the Western world has just entered in a new era and we are all assisting to the birth of a post-rock society. There’s been the time for rebels, then for revolutions, then for a richer, safer, and more rightful society; there’s also been the time for the first cracks, a new economy, the globalization; at last there’s even been the time for some hardcore violent impositions, as the decline could be cured this way.
And now we’re facing the end of it. It’s probably not going to happen too soon, but it’s there, and we all know it. Year after year, Italy, Europe, and the whole Western society will be poorer, weaker, more isolated. The world we were supposed to be formed for is collapsing, there are very few certitudes, the most important one that any wise ass which till yesterday had the arrogance to tell us how to behave, what was right and wrong, who was good and bad, well, he’s been proven to be WRONG. Some of them are just stupid, other are liars, but what is important is that their voice is finally loosing sound.
Point is, it’s the end of the party, we can linger here as long as we want, I personally love the mood: the noise, the shiny lights, the perfectly good looking guys and girls, everything is off. Everything looks finally real. And we have the freedom do what we really want, to behave as we believe is right, to pursue what we feel is worth. Who could lecture us anymore?
A post-rock world is the one in which normal people can rule their lives. Then there will eventually be another ideological revolution, and we’ll be again ruled by the stupid.