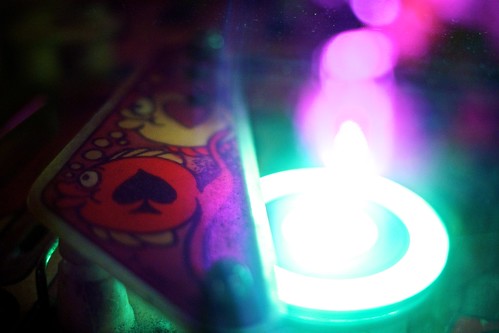 And here it is. An editorial. The opening one. The cover of the magazine is dedicated to it (though I didn’t shoot the cover). On a national magazine. On my favorite national magazine. L’Espresso. You can see the opening shot on my facebook page. For the rest, either you buy the magazine (number 39, year 2012) or just wait for the story to eventually get on the magazine web site.
How did I ended up shooting dark portraits and scenarios to visually describe the use that Mafia bosses do of facebook? Well, this really can only be described with the picture of the day. Life is like a pinball machine. You have a number of balls you can play, which you focus on not wasting and keeping in the game as long as possible, you can only try to aim at some targets when you have the chance to hit the balls, but at the end of the day you have no control on the chain reaction than each shot will produce. You may hit your intended target just to be bounced in a deadly zone, or you can horribly miss it just to trigger a fortunate million hits reaction.
Well, I played my ball trying to hit a media-box on the website of the magazine to share my Sony-Alaska job, and ended up receiving an assignment. Apparently they needed dark portraits of shady people in uncanny scenarios. The photo editor of the magazine had visited my website and she must have found what she was looking for, since I eventually got a phone call from her, asking me to do the job.
It’s been a lot of fun. This time I wasn’t wandering around for inspiration, but rather planning the poses, the scenarios, the lights, the mood. I knew which story I wanted to tell and with how many photographs I had to tell it. I needed a boss, I needed a henchman, and I needed a scary house seen from outside. I wanted the boss to be immediately recognizable as such, so I placed it into the Jacuzzi in a Scarface pose, a flute of champagne on one hand, the iPad on the other, and a cigar in his mouth. A girl in the background completes the story of picture of power, money, and perversion.