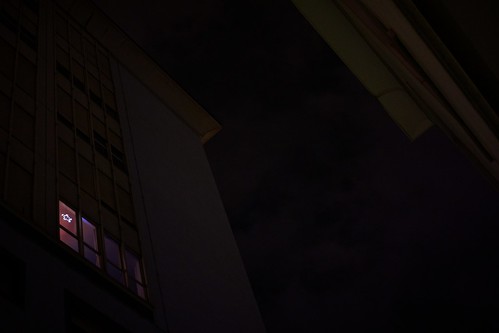 It has been a very long day, intense and rich of events. I woke up at five in the morning, to follow the launch of the new Sony NEX-6. According to the plan, as soon as the promotional video was released I published a portfolio page on the new website with the gallery of pics taken with the NEX-6 for Sony during the adventure in Alaska.
Then it was the time to properly come out on this blog with the true story about Alaska and all. The shot of my daughter dressed as a bear playing with the rolleicord was taken both as a joke about Alaskan bears and photography, and both to sweeten up the mood of the ones who could have felt a bit betrayed.
Then it was time to spread a bit around the portfolio page. First sonyalpharumors included it among NEX-6 resources (thanks!), then I tried to upload the link as a comment to a couple of big photography sites, like Engadget. But, sincerely, I got bored of this approach and I didn’t extend it further.
For the rest of the day, it was all answering to messages arriving on the multiple forums I’m active on, on my blog, on my email. Many people asking for further infos about the NEX-6. Well, I decided to write an actual short-review of the camera, where I can put all the answers to the questions I’m receiving, plus some other information. I’ll publish it as soon as possible. It won’t be a full review, since I had to use a pre-production model, and also because I didn’t go to Alaska to test the camera, but rather to shoot a kind of reportage with it and with a bunch of lenses I was given, so I didn’t have the time to properly compare the NEX-6 with my NEX-7, or to do other review-ish tests (no brick walls shots!). I simply used the NEX-6.
I finally quit working at dinner time, went to visit the new office of Julia and her Studio 28. They are now located inside the incredible complex of the old Pantanella Mill, one of the most important examples of industrial archeology in Rome. It was a gloomy night, a storm was approaching and it had just started blowing its moody winds all over the city…