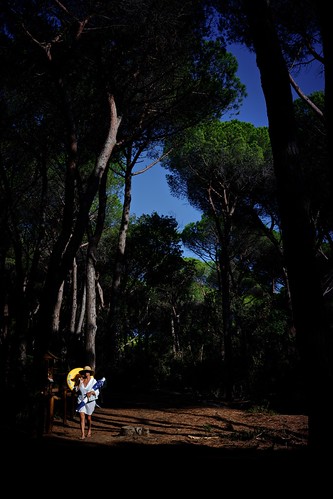 The third quarter of the project starts today, I’m already halfway through it, one hundred and eighty four photos and two volumes now published (by the way, if you missed them, you can find both the FREE digital and the printed versions here), and a strong will to keep working and improving for the second half ahead of me.
Today we enjoyed the beautiful beach of Feniglia, one of the two long tongues of sand connecting the peninsula of Monte Argentario to the Italian coastline and keeping the lagoon of Orbetello from merging back with the Tyrrhenian Sea. Compared with the beach on the other tongue (named Giannella), Feniglia is narrower and framed all way long from the sea on one side and a charming and wild pinewood on the other.
The whole pinewood is a protected area, so no roads nor running water or electricity on it. This makes the beach of Feniglia more complicated to reach and with less services compared to Giannella, but at the same time gives it a complete different energy. The water is also generally clearer, calmer and shallower, which makes it obviously better suited for babies and little kids.
Among the two tongues of sand, the beach of Feniglia is by far my favorite one, and the complementary walk through the pinewood is not a burden, even when transporting tons of baby-related amenities. Especially if I have my parents along helping out!