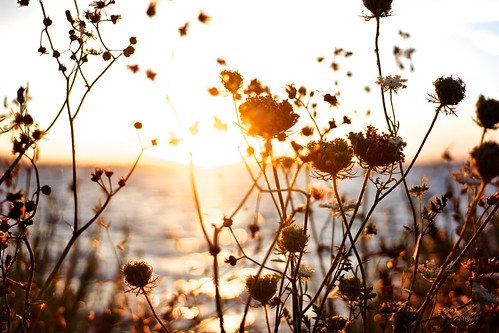 Today Claudia and I left Rome and drove to the summer house. Soon after we arrived, my parents returned with Agata from the beach. Apparently it has been an extremely windy day, with sand blowing everywhere and dangerous water not suited for babies.
Agata was clearly happy to see us. I don’t know why, but this time she was totally fine with me but kind of upset with her mother. She didn’t look at her for the first hour, and she didn’t call “Mama” all day long. By the end of the day, however, everything was back to normality, with great relief for Claudia.
Since the “adverse weather conditions”, the three of us went for a walk in the (very) little medieval town of Orbetello, a unique place positioned in the middle of a huge lagoon. The lagoon itself is quite unique too. Somewhere in the past there was a little rocky island (now called Monte Argentario) very close to the Italian coast. Year after year, the currents deposited sand in between the island and the coastline, until two long tongues of beach appeared above the water (known nowadays as Giannella and Feniglia), connecting the island to the coast, and enclosing a wide lagoon within. A little appendix of coast found itself in the middle of the lagoon, and there’s where somewhere in the past a bunch of people must have thought the place was well worth a town, and named it Orbetello.
Due to its uniqueness, most of the area around the lagoon is now a protected National Park, inhabited by a great variety of plants, birds, and (obviously and less enjoyably) mosquitos. Sunsets here are an incredible show, with the sun diving far into the tongue of sand, but immediately after you have to be ready for the mosquitos, which are going to be numerous and hungry.