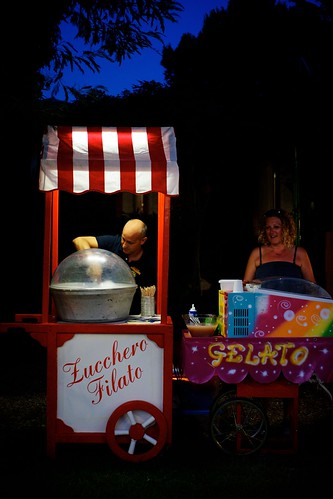 A couple of close friends got married today. He’s the actor I shot for the project a few months ago. She’s the beautiful artist I portrayed during her pregnancy a couple of years ago. They finally decided to throw a wedding, and they did it their way: creatively and lightheartedly.
First of all, you have to know that they have one of those stories you may think exists only in books and movies. They know each other from high school, he’s been in love with her since then, she finally surrendered to his courtship nine years ago, they’ve (literally) built their first house with their hands on a piece of land he owns, close to the Appia Antica, one of the few country-side areas within the city of Rome. Then he finished his studies at Law School and started studying as an actor. Now he’s an actor, she’s a multimedia artist, they have a beautiful son and will most probably live happily ever after.
From a couple as such, you can’t expect anything but a creative and un-common wedding, which was organized by the most out-of-the-box wedding planner we know, Simona De Marco from Fairytale Wedding Planner. The creativity of the three put together produced a country-music festival in place of the wedding. The event has even a name, Hard Times and Burning Love, and a facebook page.
The whole party took place in the garden of their house. The ceremony, written from scratch by Mario and Maura, was celebrated under a majestic olive tree, and was sincere and moving. In many among the guests participated to the ceremony with touchy speeches. Then the party begun, with live country music played by a bunch of good old cowboys and their guitars, and yummy food served in the little stands surrounding the area. Among these stands, there was a colorful cart which served cotton candy (zucchero filato) and ice cream (gelato). I love the idea of cotton candy, nothing like that brings me back to the little kid at the fun-fair I once must have been. But I actually hate the taste. So I asked for one, I took some pics while the candy man made it, and after a couple of bites I gave it to a nice girl who best deserved it (and which I’m sure is reading this post!).
To Maura and Mario all I can say is this: please fellows, try hard to keep your fairy tale alive, it is as rare as hen’s teeth and as beautiful as the sleeping-beauty, and it makes the world around you a happier place to live in.