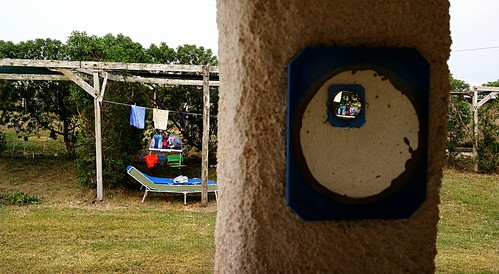 A tribute to the dully psychedelic nature of the “most southern camping of Europe” (as they claim here). The trip is now almost over, with just another day to go… on the go. Then this forth theme of my second 365 project will end, and I’ll finally start the new one. Which is going to be totally different. And pretty cool. And done together with another artist. But that’s a different story, for which to be told we’ll have to way a few more days…
I returned to Photogene on iPad for the post production of this one. Compared with Photo Forge 2, Photogene has way less adjustment tools, but in return it offers fine toons such as brushes and gradients (all of which I used in this image).