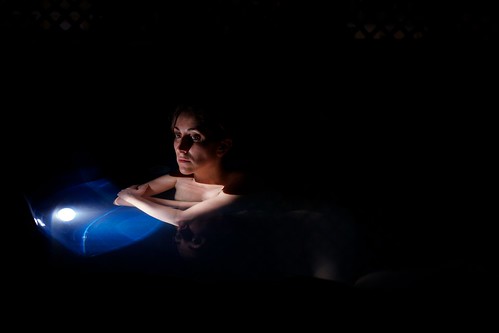 There’s something about our new place I never told you. I don’t like to sound pretentious, and I couldn’t find any way to say “hey, by the way, we’ve got a jacuzzi on our roof terrace” which wouldn’t sound pretentious. But I knew the day would have come. The day in which I would have shot the thing. And today is that day.
Why do we have a jacuzzi? It was obviously (?) the last thing on our list of priorities. Actually, it has never been there before 2009, when we learned that the roof terrace of the apartment of the building under construction we where interested in, well, it was supposed to come with a jacuzzi. Structurally designed, and plant designed to host that ridiculously big, bubbly, vicious, sexy-hot bathtub.
Then, a sad day of last winter, the construction company told us that they had changed their mind: they wouldn’t include the jacuzzi. But the plants and the structure were still there. If we wanted it we had to buy and install it ourselves. And you know how it works, at that point we realized that the jacuzzi had officially made its entrance in our priority list.
One day Claudia found one in super special offer, off of its fifty percent. When she asked the shop how the delivery worked, the man answered that to put that thing on a ninth floor terrace we would have to rent a crane. And that it would have cost a lot. But then Claudia realized that the construction company still had their crane just in front of our apartment. So she asked them if they could help us. They said yes, of course, but that it needed to be done quickly since they were going to move the crane somewhere else in a couple of days. So, to make a long story short, it was the fourteenth of February, on Valentine’s Day, when I bought our very last minute jacuzzi.
Today we finally tried it. We had a bath with Agata first thing in the morning, I had a solitary bath with a beer at sunset, and finally Claudia and I had a goodnight bath at night. Just after which I took this shot. So, now you know it, we have a jacuzzi on our roof terrace. How pretentious does it sound?