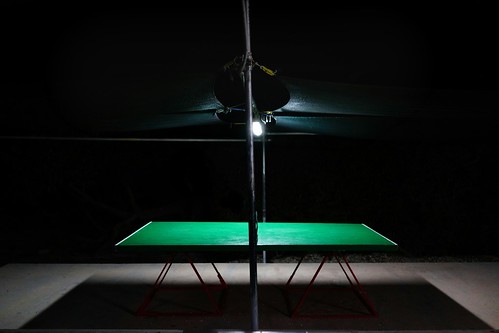 I don’t have time for a long explanation, today, it’s already one minute to midnight so I’ll have to be quick.
Let’s just say that if yesterday was about “metaphysics on the go” then today can only be about “psychedelia on the go”… the emptiness of a camping becomes spooky at night, but turns psychedelic if a tennis table is added to the picture.
As the theme wants, I did the post-production on my iPad with the app Photogene, I used the “clone” brush to remove some flares plus the usual little amount of adjustments.
This is as short and quick as it gets.